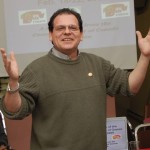 Big challenges were on the table for the Central Committee of the Communist Party of Canada, when it met Jan. 30-31 to launch preparations for the party’s upcoming 38th Central Convention in Toronto. The centrepiece of the meeting was the Draft Political Resolution for the May 21-23 convention, a document which will be debated by members at club meetings and provincial gatherings over the next three months.

The meeting also discussed ongoing work to increase the party’s membership base, and leadership changes. For the first time since 1992, the Party now has a new central leader. Following the resignation of Miguel Figueroa, the CC elected Liz Rowley to the position. The long-time Ontario leader, Rowley becomes the first woman to lead the CPC.

The 22-member CC is the party’s leading body between conventions, tasked with guiding the activity of Communists across the country amid a rapidly changing political landscape. This was the CC’s first meeting since the historic defeat of the far-right Harper Tories last October. A large part of the agenda was devoted to analysing that election outcome, which the CPC calls a major victory for the working class.

After ten years of a relatively straightforward battle against the most reactionary sections of the ruling class which backed the Harper Tories, a very different and complex political environment has emerged. In certain respects, says the Resolution, “the objective terrain to win important democratic, economic and political demands has improved with the demise of the Harper government. This will not be achieved by relying on spontaneous resistance struggles, but rather through a conscious political and organizational effort to invigorate the extra-parliamentary movements, and an ideological struggle to shed illusions about the bourgeois role and character of the capitalist state.”

The first in-depth discussion at the CC meeting was around the increasingly dangerous international situation. “As the systemic crisis of capitalism continues to deepen, and the effects of the 2008 economic meltdown continue to be felt, imperialist states and organizations are becoming increasingly aggressive,” warns the opening section of the Resolution.

“The standoff between nuclear armed states in Ukraine and the expanding war in Syria are powderkegs that threaten disaster. Millions upon millions of people in all parts of the world are being forced into poverty, hunger, homelessness and displacement. But this is also a moment of rising working class and popular resistance. In all countries, albeit unevenly and with different characteristics, we see increased unity and mobilization. From mass demonstrations to general strikes to online campaigns, people are using many different vehicles to advance these struggles.”

The document goes on to provide a detailed overview of the international scene, from the complicated struggles by the working class in Latin America against the return of right-wing, austerity policies, to solidarity with the Palestinian people, opposition to fascist and racist movements in many countries, and much more.

Turning to the domestic situation, the Draft Political Resolution notes that “on the fundamental economic and class issues, the Liberals refuse to consider increased corporate taxes, and they are pushing the TPP and other corporate deals. They have no plans to expand Medicare, pensions and universal social programs, to guarantee labour rights, or to consider nationalization or restoration of privatized public assets.

While dropping the former government’s hostility to action around climate change, the Liberals support the energy monopolies’ push for tar sands expansion and fossil fuel exports. They aim to establish nation-to-nation relations with First Nations and Metis, but oppose nation-to-nation relations with Quebec. They will not pull out of NATO or reduce military spending, and remain committed to the imperialist concept of `humanitarian intervention.’

In other words, the Liberal pledge to corporate Canada and the transnationals operating in this country is that reforms will be limited to certain social and democratic issues which have sparked major popular mobilizations. The Trudeau government will not interfere with the drive by big capital for maximum profits, and its neo-Keynesian budget proposals will not reverse the basics of austerity.”

One of the most in-depth discussions at the CC examined new “democratic socialist” parties and movements, such as Syriza (Greece), Podemos (Spain), the election of Jeremy Corbyn as UK Labour Party leader, and Bernie Sanders; campaign to win the Democratic nomination for US President. These cases, the Resolution says, are a reaction to the rightward shift of traditional social democratic parties, but fail to acknowledge that the history of social democracy is intertwined with the fatal flaws of anti-communism and class collaboration, which “cannot be rectified by new incarnations of social reformism.”

The document also contains a detailed analysis of politics in Quebec, where the labour and student movements have conducted major struggles in recent years, and where the left-wing Quebec Solidaire party now has three seats in the National Assembly.

The CC also considered new strategies to help build stronger popular mobilizations against the corporate agenda. In the months ahead, the Communist Party will be raising a clarion call to stop ratification of the TPP, which was signed in New Zealand on Feb. 4 but must still be ratified to take effect. The Communist campaign will include street tables and petitions, support for statements and resolutions at union locals and labour councils, and other creative tactics to raise awareness of this urgent issue.

The Communist Party’s Central Organizer, Johan Boyden, presented detailed reports on the CPC’s ambitious campaign in the federal election, including the nomination of 26 candidates across the country. One positive outcome of this campaign, said Boyden, was the formation of a new CPC club in St. John’s, Newfoundland, where a Communist was on the ballot for the first time.

The full Draft Resolution will be available online, at https://www.communist-party.ca/convention38